The Kingdom of Fire and Ice 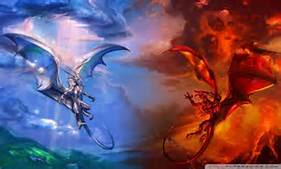 So today Let me tell you about The Kingdom of Fire and Ice, my WIP that might come out later this year. (No, I don't have a date or anything.)

Sew, It's a Quest (an excellent nook, btw). Ciara and Aleksander are strangers, on a crazy adventure. (Okay, I'll stop with the references.) It starts as just a job for him, but to her, it's everything. But then they realize they both have stakes in this, and they can't do it alone.
Aleksander lost his sister years ago, but now he has a second chance. But Bridgit hates him more than anything.
Ciara has only one hope for freedom: retrieve the Stones of Fire and Ice and take them to her father.
Can they do it?

Yes, I know that's vague and horrible, but trying to explaining is like...